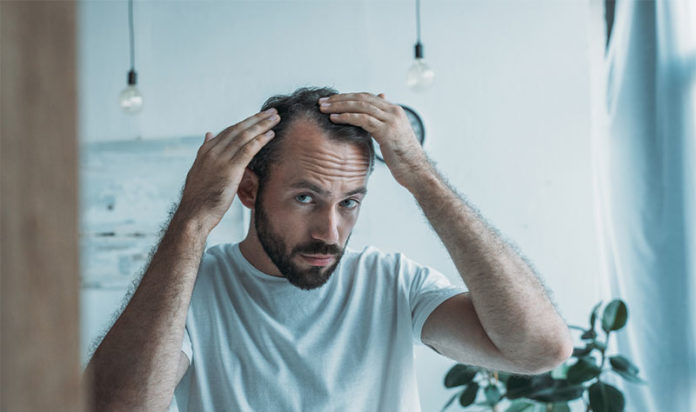 Are you dealing with receding hairline? Or perhaps, you are noticing for the first time, an abnormally high volume of dislodged strands?

As you may well be aware, hair loss is often a traumatic experience – the shock of suffering spot baldness, a thinning scalp or even going completely bald is a devastating bitter pill – and could potentially act as a source of depression and unhappiness.

However, it is worth noting that hair loss is a prevalent condition among the population, especially among the male folks. Though, there is a truckload of documented cases of hair loss in females too.

According to an NCBI publication, over 50 percent of the world population suffers from Alopecia – the most common type of hair loss disorder in humans.

As you can see, you are not alone. However, it is unfortunate there are only a few approved treatment options available to slow or even stop the progress of this ailment.

So, in this post, I’ll go in great details to explain one of the treatment options available on the market today.

What is Low-Level Laser Therapy? 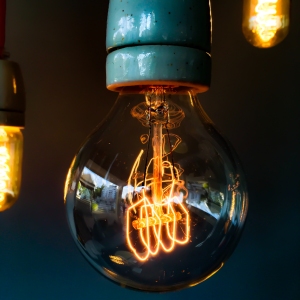 Low-Level Light Therapy, also known as cold laser therapy is often used to treat a variety of different ailments. However, a growing trend has seen its application for treating hair loss.

As the name suggests, this is a procedure that involves the application of low level – think low energy – light rays to stop the progress of receding hairlines and even stimulate the growth of new healthy hair.

The LLLT method was accidentally discovered by Endre Mester, a Hungarian physician while trying to treat tumors in mice.

He noticed while the tumor remained unchanged that it’s growing back faster on the chemotherapy-induced alopecia parts than on the non-treated areas.

This discovery led to a series of studies including third-party researches which confirmed the effectiveness of low light therapy in treating it.

How does LLLT Work for Helping Hair Loss?

To help you understand precisely how LLLT works, it is first essential to understand why it occurs. Then we’ll have to go back in time to your science class to see the science behind LLLT.

Are you ready? Let’s go!

??? So I want to revisit this hairstyle and explain how I achieved this. This is the most popular photo of all time on my Instagram so far with 3k people saving it. So I get this often as hair reference when it comes to bridal trial. I would like to share with you how I did this and that if you don’t have highlighted hair then you won’t be able to get this sort of result. The texture is really enhanced by the client’s beautiful highlights. The unique highlights give its dimension and depth. If your hair is one colour, dark or even blonde hair without highlights, it won’t turn out exactly like this. ? My Bride’s existing hair length is what you see in the picture but a little shorter. ? we used a lot of hair extensions in this look, the shade was honey/beach in 16 inch – 9 piece set from @zala_hair_extensions ? I also put 2 single clips at the front near the forehead and trimmed it so it frames the face better. ? I started by crimping the top of the head (just the crown halo section) to give it texture then pin it in place pulling bits out for more airy-ness. ? I started curling from the nape, making sure it’s all away from the face. I used @ghdhair_anz 26mm tong. About mid way though, when I get to about the ear level, I started doing random curls, in different directions to create more texture. In some areas I took larger sections, and some areas I took smaller section to curl. Just all variation. Some I did flat wrap, some I did twist wrap. ? I then did a 2 strand braid on both sides of the head starting around the parting, only leaving a few pieces to frame the face. I also put hair extensions in the braid to make it look thicker. These braids will only be visible if you have highlighted hair!!! You then join both sides together with an elastic. ? I finished it off with @ulyana.aster hair piece called VIVIAN. One of my favourite. ? I also used only volume powder and hair spray in this look. No volume mousse or anything. I think I used a little dry shampoo but not much. ? if you have any questions please ask below ❤️❤️❤️

Fact is, thinning hair can occur for a variety of reasons ranging from improper care, diet, stress, diseases, and genetics.

However, the most common cause is Male Pattern Baldness (MPB), a genetic condition that leads to sensitivity to dihydrotestosterone (DHT), a hormone within the body.

Normally, DHT binds to the base of the androgen receptor, a process that’s responsible for gene expression. However, if for whatever reason, the process is disrupted, it triggers the onset of hair thinning.

Hereditary also plays a crucial role in determining at what age a person begins to lose hair, the extent of baldness, and the rate of hair loss. In some people, they begin to notice receding hair from puberty while others may start noticing it in their thirties.

From this explanation, it is clear there’s really nothing you can do to stop the onset of baldness. However, with treatments such as LLLT, you can sure slow down the process, disguise, or even grow back your hair.

Now, you know the possible cause. Let’s take a look at the science behind the Low-Level Light Therapy.

The laser light used in LLLT treatment produces a specific wavelength – remember that light has different wavelengths and these wavelengths together make up the electromagnetic spectrum.

At one end of the EMF spectrum is the UV radiation and at the other end is the Infrared rays. The UV rays are more energetic, have more penetrative power, and are generally more harmful than infrared light.

What happens is, when the scalp is exposed to this particular low-level laser, the light penetrates the scalp to stimulate the epidermal molecules – these are unspecialized skin cells which are involved in the regeneration and repair of body organs.

In addition, these epidermal molecules, also called stem cells play vital roles in the renewal of follicles and growth.

So, as the scalp is irradiated with laser light, the stem cells absorb the energy released. The increased energy stimulates the follicles thereby encouraging new growth. Hence, by focusing LLLT on affected areas, you can trigger hair regrowth.

Laser Hair Regrowth – What to Expect 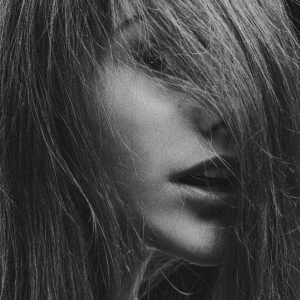 It’s not out of place to wonder before trying a new procedure what kind of results you should expect, how long it takes before it grows back, and other concerns you may have.

To this end, first, remember you are different from every other person – this means, the time it takes for you to begin to see results may vary from other individuals.

However, on average it will take anything between 12 – 24 weeks of continued 20-minutes sessions every two days to notice significant changes.

Also, you’ll begin to notice a reduction in the rate of hair loss within 2 to 3 weeks of 5 to 7 sessions after starting the treatment. An important note, however, to keep in mind is that the initial benefit of LLLT occurs within the follicles and beneath the scalp.

At the end though, with a consistent application, you will begin to see increasing benefits, including having your hair growing back.

Is the Procedure Safe? 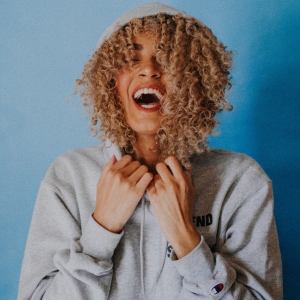 Low-level light therapy is a non-invasive, safe, and effective procedure to stimulate follicles, slow receding hairline, and even encourage regrowth.

The standard laser therapy uses a low-intensity light emission at the 540-830nm wavelength and is considered safe.

Because the device is generating a low-intensity light, you are not going to get burned.

It merely excites the cell mitochondria, boosts blood and lymphatic circulation around the scalp, and increases the cell metabolism of follicles.

Also, from over 2000 clinical studies conducted on the use of LLLT and its side effects, NO long-term adverse impact has been recorded from the use of the technique.

However, as a precaution to handling laser devices, it is recommended you don’t look directly at the laser as it has the potential to damage the eye.

Though most LLLT lasers are classified as category 3A-3B lasers, thus, they are considered to be safe.

At Home Device versus Professional Treatment 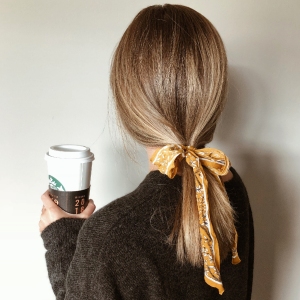 Once, you decide to go for laser therapy you’ll be wondering whether it’s going to be a good idea purchasing a home device or visiting a professional.

Now, regardless of the route you decide to go, each comes with pros and cons.

For a professional low-level light treatment, you can rest easy knowing you’re in the care of an experienced, knowledgeable practitioner who knows what’s doing.

Now, for some patients, that’s a big deal. However, the downside is that it can get quite expensive getting treated by a professional.

Also, considering that for lasting results, you have to visit the clinic more often – this requirement might be an inconvenience for most people, thereby making it practically impossible to keep up with appointments.

Purchasing a home device, on the other hand, can save you a ton of money, compared to visiting the clinic. You also have the flexibility to work your therapy sessions into your daily routine without changing so many things around. 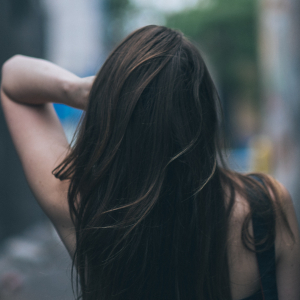 However, before going ahead to purchase an LLLT device for home use, there are a couple of points to consider.

First, products vary in their output while some have been shown to have LEDs instead of the laser as advertised.

Second, be wary of LLLT devices pushed for home use as most don’t even do what they claim.

That said, the way forward, however, is to do your due diligence about any product before parting with your hard earned cash.

Low-level light therapy or cold laser treatment as some call it is an effective, proven, and FDA certified therapeutical procedure that is used in the management of a variety of ailments and injuries.

Recently, there has been a growing trend to use LLLT to slow down and even reverse hair loss.

Unlike the handful of treatments, LLLT is non-invasive, and you are not required to take any medication for it to work.

However, depending on how far gone your hair loss is the rate of receding, and other factors you may consider combining LLLT with another procedure for a faster, more lasting result.

Finally, don’t forget to speak with your physician to find out if undergoing the procedure makes sense for you.