Home Articles Science Infrared Thermometer: What It Is and How It Works 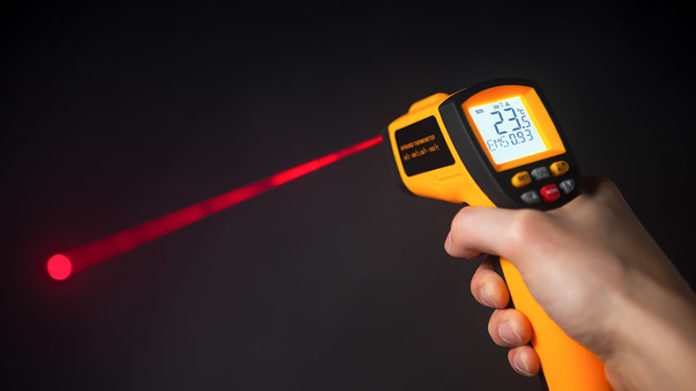 Infrared radiation is electromagnetic radiation that is invisible to the human eyes, compared to the visible light spectrum.

It has frequencies that range from less than one hertz to over 1025 hertz and corresponds to wavelengths from thousands of kilometers to a fraction of half the size of an atomic nucleus.

IR was discovered in 1800 by William Herschel when he was trying to understand how and why sunlight produces a different amount of heat when passed through different color filters.

He submitted that colors could have different temperatures.

He set out to study this in a controlled experiment by passing light through a glass prism to create a color spectrum and then analyzed each color using three special thermometers.

For each color, a thermometer was placed within its range while the others were placed outside the range as controls.

He observed that the thermometer in the color had a higher temperature than the two control thermometers and each color going from violet to red was warmer than the last.

Out of curiosity, he placed a thermometer next to the red light where no color from the spectrum was visible and he was shocked to discover that the area has a higher temperature than the colored sections.

In subsequent experiments, he confirmed that this light reflects and refracts the same way the sunlight does.

He called this light, infrared light, coining two words “infra” a Latin word for below and “red”, the color just below the discovered invisible light.

So in a nutshell, infrared means below red.

Though invisible to the humane eyes, the presence of the radiation can be detected with the use of an infrared thermometer or pyrometer.

Before we dive fully into how it works, I believe it is pertinent to explain first what this pyrometer really is.

So let get started.

What is a pyrometer?

Also known as an infrared thermometer, a pyrometer is a temperature sensing device that uses electromagnetic radiation to read the temperature of an object without making any direct contact.

It was invented for situations where the use of thermocouple, a special type of thermometer that reads temperature by generating electricity according to how hot it gets or the clinical thermometer we all know of, is not feasible.

There are many cases where an object is just too hot to be measured by using a traditional thermometer, or inconveniently placed and difficult to reach.

Surprisingly, the first pyrometer was invented by a potter in the 18th century.

Josiah Wedgewood needed to measure the temperature of his kiln to ensure that his clay pots would fire properly.

He knew that porcelain contracts when it is fired and the amount of contraction depends on the temperature of the kiln. He figured out that he could easily measure the kiln by measuring how much a piece of porcelain shrinks when put inside the kiln.

This invention earned him a Fellowship of the Royal Society and from this crude instrument, a modern pyrometer was invented.

How does an infrared thermometer work? 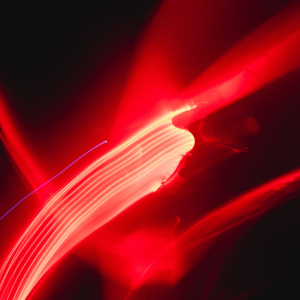 Simply put, it measures temperature by focusing the infrared radiation on to a detector that converts the radiant power to an electrical signal that can be read in units.

Different manufacturers make use of this basic principle when designing their pyrometers even though they might have a different working mechanism.

For instance, some works by sampling two different wavelengths from a hot object and comparing them while others measure temperature by comparing the heat radiation of the object with the radiation from an internal heat source.

However, their working principle remains basically the same.

Many users believe that the temperature of the area that is being measured is only as large as the targeting laser dot.

But the truth is the pyrometer field of view is cone-shaped and the temperature of all objects within the cone is averaged to return a single temperature.

This field of view grows as it’s moved away from the object being measured so it is always best to get as close as possible to the object.

A good thing about it is that it takes the guesswork out of temperature measurement.

The accuracy of a pyrometer

In determining the accuracy, one should consider the distance-to-spot ratio (D:S) of the pyrometer. It is an important thing to consider when making a purchasing decision.

If the D:S ratio is 10:1 this means that the diameter of the measurement area is one-tenth of the distance to the object. The implication of this is that it can only accurately sense 1-inch circle of an object at a distance of one foot.

A pyrometer with a higher ratio of D to S is able to accurately read the temperature of a narrower surface than one with a lower ratio.

Have you seen our #forzaforni dual-laser infrared thermometer tool? Not only do we offer well-made ovens direct from Italy, but also offer amazing tools that help your bottom line #tools #pizzatools #thermometer #infraredthermometer

Infrared thermometers are fantastic tools for accurately reading surface temperatures, including the temperature of moving objects.

However, the accuracy of the results might be compromised by the following:

A dusty environment can affect the ability to read the temperature of an object accurately.

This is because dust has the ability to scatter radiations that are smaller than the average dust size.

This limitation will be more pronounced if the infrared radiation is being used for thermal imaging.

Pyrometers don’t have the same D:S ratios and this means that distance and the size of the object that is being measured will affect the accuracy of the reading.

This is the measure of how strong a material emits infrared energy and it is measured on a scale from 0 to 1.

When a material’s emissivity’s rating is closer to 1, this means that the material tends to absorb reflected infrared radiation, instead of reflecting or transmitting them and then emits only its own.

The emissivity of a measured object will affect how accurate the reading is.

This is because every object emits, transmits and reflects infrared energy, so when taking the temperature everything around the object will as well emit radiation and this is going to affect the final reading.

This only becomes an issue when you don’t know the correct emissivity of the object you wish to measure because it will be difficult to calibrate the infrared thermometer appropriately.

Calibrating a pyrometer for a given surface helps to address the issue that arises from the different emissivity of materials.

This practice is very important.

This is because when taking the temperature of an object with low emissivity, it might pick up the additional from surrounding objects and this is going to compromise the final reading.

Again, it is also challenging to measure the correct temperature of an object that is inside another. This is because the two bodies will emit two different temperatures.

But to deal with these issues, the pyrometer should be calibrated to the right emissivity of the measured object.

Why should you use a pyrometer?

Sometimes, it’s a no brainer. But let’s dive in further…

Yep, my instrument confirms that this can of compressed air is cold. #infraredthermometer #thermometer #compressedair

1. It’s an indispensable tool in a professional kitchen

A lot of restaurants use one to take a quick temperature of buffet and coffees before serving to customers; this is because the use of a liquid-in-tube thermometer is not feasible in this situation.

It is also used to measure the temperature of semi-liquid foods like mashed potatoes to ensure that they have reached the right temperature to sufficiently kill bacteria.

Just like in restaurants, you can employ the use of it in your kitchen.

In addition to other things, it will help you to approximate when the oil is ready to fry your chicken and also measure the right temperature to proof your yeasts or temper spices.

Drafty windows and doors are major problems especially during the cold winter months because they lead to energy waste as a result of air leaks.

So use an infrared thermometer to identify where the leaks are coming from and then use a simple re-caulking job to make them air-tight.

You can also use it to check if your air conditioning is functioning optimally.

3. To diagnose your car

It is widely used in car repair shops to troubleshoot the engine, diagnose for issues like overheating, faulty brakes and problems with the air conditioning system among others.

Get an infrared thermometer for your garage to save yourself of possible expenses at the car repair shop.

4. To safeguard a perimeter

I am sure you know what thermal imaging is or at least you have heard of it. It’s essentially empowered by a special infrared thermometer that measures temperature many points over a relatively larger area to generate a two-dimensional image.

Military-grade thermal cameras are used by the US army to protect critical national assets, but you can deploy simpler and cheaper ones to protect your properties against intruders.

An infrared thermometer has limitless applications at home and every household deserves one.

Fortunately, they are affordable and very easy to use.