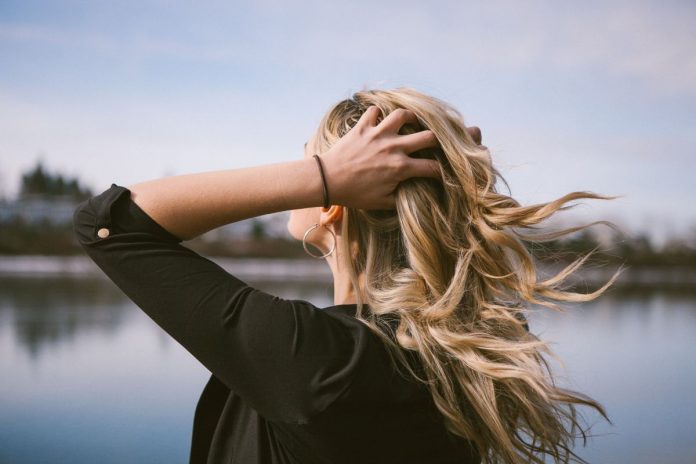 Receding hairline is a nightmare. Now, throw in dandruff to the mix, and you have on your hands a cocktail for heart-wrenching, embarrassing ailment.

For most people, chronic loss of hair is a panic trigger, the horror of watching a handful of hair strands wash down the drain every time they wash it is unthinkable.

Now, imagine if this loss is as a result of dandruff – a flaky, dry scalp condition that if left untreated can become swollen and itchy.

Truth is, it is quite embarrassing having to dust off wave after wave of dry, dead skin on your hair and from your shoulder in addition to battling with the thought of hair loss.

But wait, does dandruff cause hair loss in the real sense of it or is there something at play here?

Well, before answering that, it would be great to understand what dandruff is and how to identify whether you have it or not. According to Healthline, is a chronic and common scalp condition that causes dry white flakes due to dead scalp cells.

The thing is, white flaky objects in your hair and an uncomfortable, itchy scalp could mean either dandruff or head lice. So, it does make sense to be sure which of the scalp condition you’re really suffering from.

How to know if you have hair lice or dandruff

When you start noticing usual white flakes in addition to itching, it could be a sign that you’re infested with Lice or is it dandruff?

You see, the lice are parasitic organisms that attach themselves to your follicle and feed off your blood; their saliva as research has shown irritates the scalp causing the itchiness and soreness that symbolizes their presence.

While they may often have the same symptoms – an uncomfortable itching that wouldn’t just go away, that you can unfortunately easily confuse one for the other – it is crucial you correctly identify each one so you can treat it more effectively.

The best way to know if you have lice or dandruff is to be able to spot the difference in the way both lice and dandruff look.

What’s the difference between Lice and Dandruff?

It is often caused as a result of excessive shedding of the dead scalp, or even by a certain kind of fungus called Malassezia. Malassezia is a common fungus that is found on most healthy people without causing any harm. However, some experts postulate that the immune system of individuals prone to it may overreact with the fungus leading to the scalp condition.

There’s also the case of dandruff due to seborrheic dermatitis – it’s often predominant in people with oily, irritated skin and they are more likely to suffer from it.

Dermatitis can also appear on other parts of the body including near the back of the ears, eyebrows, breastbone, and sides of the nose causing the affected area to be:

Head lice, on the other hand, are parasitic creatures which are often contagious. It’s not uncommon to get infected with lice when you get in contact with someone that has them.

They can be spread through sharing infected personal products such as clothing, bedding, personal items like hats, combs, and hair accessories, or through sharing the same towel with someone with carrying lice.

Adult head lice can easily be spotted; they are small brownish cricketers the size of sesame seeds moving around the scalp. Their eggs, on the other hand, also called nits can be missed easily; however, at a closer look, you’d notice that they seem stuck to the follicles.

An effective way to know for sure is by running a comb through the hair. It will usually fall off when combed while nits and head lice remain stuck to the hair strands and are a bit more difficult to comb out than dandruff or dirt.

You’re likely going to see the nits glued to the shafts few centimeters to the scalp or even closer since they need to feed off the blood.

Also, if you notice whitish spots behind the ears and in the neck area, it’s safe to say, you’re dealing with a lice infestation; this is so because the female lice prefer laying their eggs in such location.

Dandruff, however, is found scattered all over the scalp. So, these are proven ways to identify head lice; but, as stated earlier, a reliable method to tell for sure if the white flakes are head lice or dandruff is to run either your hands or comb.

Now, does Dandruff Cause hair loss?

Keep in mind that hair loss can be caused by many things. Often it can be as a result of many things including:

Dry scalp is a primary culprit, but the good thing is, once the scalp is adequately moisturized and the dryness treated the hair loss improves.

It is not known how it affects it; however, experts suspect that since the scalp condition is often accompanied by itching that results to frequent aggressive scratching and pulling it, this could be a possible explanation for the apparent loss some individuals with the skin condition experience.

From this, it’s easy to see that it doesn’t cause hair loss directly. According to a study, 20 out of every 50 women suffer from mechanical hair loss – the thinning due to constant scratching and pulling of hair that leads to breakage.

An increased intense dandruff plague triggers a heightened urge to scratch it which in turn leads to breakage and loss.

So, if you’re worried that your hair is receding, you may want to turn your focus on treating it, and the hair loss would naturally take care of itself.

Thankfully, there are effective home remedies and over-the-counter products you can use to treat it.

To start with, ensure you are eating a healthy diet – eat plenty of veggies and fruits that are rich in vitamin A, C, E, and vitamin D; in addition, include Zinc rich food to reap maximum benefits.

In case, however you come down with dandruff, wash it with Apple cider vinegar once a week; the anti-bacteria elements of the solution would help you fight it off.

To recap, dandruff is caused as a result of severely dry, oily, greasy scalp due to an overreaction of the immune system to Malassezia – an often harmless fungus found on almost all healthy people.

It can cause scalp irritation and itching and in severe cases redness and soreness as a result of the constant scratching.

The aggressive, frequent scratching weakens the follicles thereby leading to breakage and loss.

To treat hair loss as a result of it, it is recommended to focus on remedies that would alleviate the itchy sensation. Also, treating dry scalp also goes a long way to soothe symptoms.