Here’s a shocker for you; you may not realize it, but, your skin is covered in stripes, much like those on Zebra and tigers. Thankfully, these lines are invisible and on a healthy skin can only be seen with the aid of ultraviolet rays or black light.

However, the stripes are decidedly visible if you are suffering from a number of skin diseases. Now, there are a number of scientific explanations as to how they came to be. So, in this article, we’ll cover the history and discovery of these skin lines, what they mean, and possible treatment for the skin ailments.

Also known as the lines of Blaschko, these naturally occurring stripes are leftovers of the human embryonic development. All humans including some animals like your furry friends – dogs and Cats – have been shown to have them. According to a report from Dermnet New Zealand, they are thought of as pathways for cells migration during the fetus development in the womb.

As these cells grow, divide and specialize into different parts of the body they contain slightly different instructions on how to synthesize protein and other body pigments; this variation in different cellular DNA makeup when they fuse to form a fetus results in a chimera.

Remember those cats with each half of their fur having a different color; one eye having a different color from the other? Now, that is an excellent case of chimera, and these different fur variations run along the Blaschko’s lines and are clearly distinct. An interesting fact about them is that they often don’t follow the blood vessels, lymphatic vessels, the nerves, or any other known system in the body.

In a healthy human the cells are programmed to produce the same exact amount of pigmentations as the other; hence, it is a tad difficult to notice them since they blend in perfectly with surround cells.

However, under specific ultraviolet light with the right wavelength, the slight differences become obvious, and one can easily notice them.

History of the lines of Blaschko 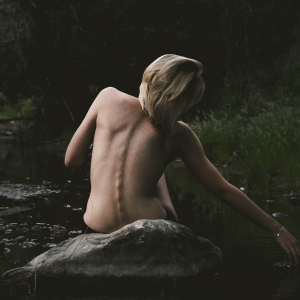 They are named after the dermatologist Alfred Blaschko who in the 1900s was the first to observe and write a paper about these unusual patterns he noticed on his patients suffering from skin rashes. In his paper, he noted that the rashes seem to follow pre-defined patterns; it is almost as though they are tracing invisible lines.

The puzzling thing about this paths, he observed is that they are not following any know body system or blood vessels or nerves. From his sketches, he depicted the stripes to be confined to only certain parts of the body; however, today, it is known that they are quite extensive covering every inch of the human body.

And we also know that they are relics from the days when we are just a single cell to a glob of several cells than to a fully developed human.

What is the distribution of Blaschko’s lines?

Depending on the part of the body one is looking at the Blaschko’s lines make different patterns which are often consistent across different individuals. For instance, they are V-shaped down your back; wave-like on the lateral trunk; though from the front-side they don’t cross the midline while from the back-side the midline is often shifted from the anatomical midline.

The lines of Blaschko on the scalp are spiral while on the face it takes a vertical shape in the mid-face and lateral from the angles of the mouth. Then, for the arms and legs, they take on a linear or whorled shape that’s an approximately parallel to the long axis of the limbs.

How to see your human stripes

Usually, the Blaschko’s strips are quite indistinguishable in almost every human except of course in the rare cases of chimera, skin diseases, and when specific energy ultraviolet radiations or black light are shone on the skin. So, to see the naturally occurring stripes on your skin ensure you are in a dark room in front of a mirror then, flash the black light over the exposed skin.

It’s worth noting, however, that in the present medical field especially during a surgical procedure, doctors often follow them for the best possible outcome.

Conditions where human stripes are visible 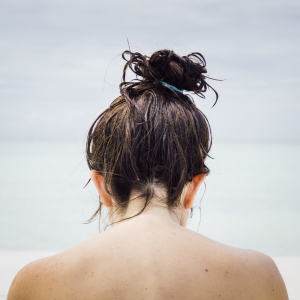 A variety of skin disorders can in effect cause them to become glaringly evident – that is by the way, what led to the study and discovery in the first place.

A rare though dramatic condition that highlights these lines in humans is Chimera – it is a condition that arises when two cells with slightly different DNA code are fused together to form a fetus.

The difference in DNA information could create epidermal cells – skin cells – that vary in their pigmentation; hence, resulting in a sharply literal stripe on their skin that traces the Blaschko lines.

Other conditions that are associated with Blaschko’s lines include:

Congenital skin disorders such as:

The Epithelial naevi that include:

The Pigmentary disorders include:

The disorders with a polygenic background such as:

How are Blaschko’s Lines treated? 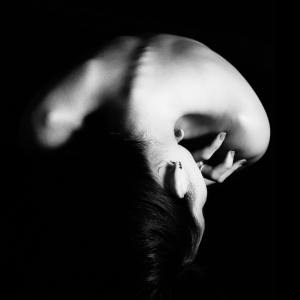 I guess at this point, you’d be wondering, “is there a treatment for this condition?”

First, it is essential to note that they not symptoms of any diseases – they are normal and does not cause any issues. However, as have been stated earlier, there are certain conditions – though, a majority of the conditions are not harmful – that traces out them which impacts the type of treatment you’d have to undergo.

So, simply applying makeup or a drug could be an effective remedy to fade most of the benign stripes; since sometimes, they only affect the cutaneous pigments.

However, the Blaschko’s line condition may be associated with underlying dermatitis with vesicles, papules in which case using corticosteroids may be an effective treatment for healthier skin. Remedies that focus on alleviating both physical and emotional stress while also treating the underlying cause of the condition can also be considered.

Regardless of the treatment option you opt for, it is crucial that you seek professional help opinion when you notice any usual discoloration or stripes on your skin.

You have learned that humans have the same stripes all over their skin just as we see in other animals like tigers and zebras.

However, though indistinguishable from the surrounding skin are a throwback to the fetal development from a single cell to the mass of multicellular being we’ve become; and can only be seen under specific conditions such as being under a black light or ultraviolet rays.

There are certain conditions such as rashes that trace these invisible Blaschko’s lines; some of these ailments can either be hereditary or acquired. A clear example is a chimerism in humans – a condition where there’s a distinct stripe of pigmentation between the skins. Chimera is also seen in cats with vastly different literal halves running along the Blaschko’s lines.

From the foregoing, it is safe to say then, that humans are technically striped animals.